The new movie, “Star Trek”, is one of the best science fiction movies released in awhile. Add to that the nostalgia factor and this one is a winner for many of us who, while maybe not true Trekkies, very much enjoyed the original series.

The story line is supposed to be a prequel to the original series. It turns out to be a much more brilliant piece of writing than that. It references enough of the original series and its line to be true to the story, but it is, in fact, a story along another time line. This is a perfect movie to watch while playing some relaxing casino games via https://oncapan.com/.

The cast of players are good. Chris Pine, best known, perhaps, for his Princess Diaries 2 handsome prince role seemed to very much enjoy acting through the constant scrapes and fights of the James T. Kirk character. In the O.S. and in this movie Jim Kirk seems to take a lot of hits before winning his fights. Zachary Quinto, already familiar from his role on Heroes, is the young Spock, and this bit of casting just plain feels right. Perhaps the most unhappy bit of casting is the role of Sarek. Perhaps the shoes of the very, very classy Mark Lenard were just too big to fill, or perhaps the casting director did not realize the importance of Sarek in the O.S. and the movies. 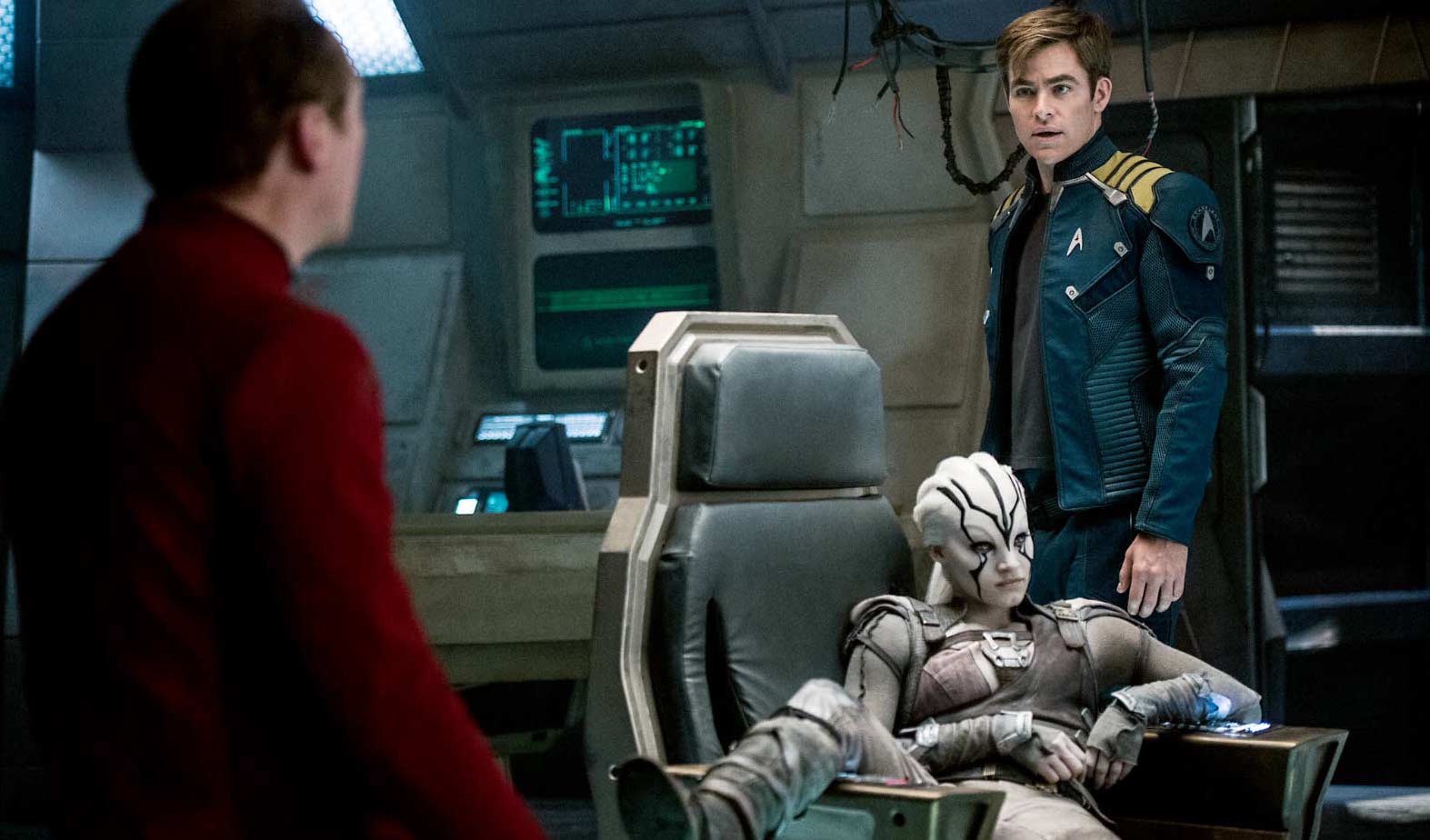 There are plenty of wonderful action shots, enough for anyone, with a nice mixture of one-on-one fights and ship-to-ship shooting, plus a couple of nice planet disintegrations. The action shots in ST over the decades have, of course, become better and better with the development of the technology and the improvements in ST budgets. They are now high-tech and brilliantly visual scenes that move fast.

The original characters are still the people that they were destined to be, so it is only natural that Jim Kirk ends up in command of the Enterprise, with Spock as first officer, Bones McCoy as chief medical officer, Uhura as the brilliant communications specialist, Chekov as navigator, Sulu as samurai sword swinging ensign, and Scotty, the engineer. Their personal histories, particularly that of Jim Kirk, have changed slightly in this new time line, because the catastrophic event which alters this time line effects even the circumstances of his birth.

Because they are all back on the Enterprise, in the positions the characters seem to have been born to fill, the scene is now set for an entirely new original series, alternate timeline.