There have been a variety of bizarre television shows developed over recent years in an effort to hold the attention of the ever-changing mindset of the American public. The shows on this list all tried to push the envelope by being original and doing something that hadn’t been done before, the result of which was sometimes a success, and sometimes a disaster. Regardless of the result, these shows are at least unique and if you are sad that these shows got cancelled, you can always unwind by placing bets on https://www.ogdenvalleysports.com/ and have the chance of winning some money.

I really loved this Jim Henson show as a kid, although some parts of it frightened me a little (like the dinosaurs eating living animals). It kind of reminds me of “The Flinstones”, except the people are dinosaurs. Although the dinosaur characters are all related, they are composed of different species, with some of them appearing to be herbivores and others carnivores, which seems like kind of an awkward, frightening situation to me, but they seemed to get along just fine. Occasionally, human beings made appearances on the show as cavemen, and the dinosaurs loved to joke about how stupid and unintelligent they were. I remember the baby character was the favorite of many viewers, with his catchphrases “not the mama!” and “gotta love me!” The show actually wasn’t too bad, and it’s probably one of the more successful ones on this list.

God, The Devil, and Bob

This controversial show in which God and the Devil place the fate of the world in the hands of beer-drinking, porno-loving, average-joe Bob probably didn’t last too long because of its controversial religious content. James Garner got to play God, and Alan Cumming was the Devil. Bob does manage to save the world, and in the rest of the series, he is God’s idea man. Perhaps people didn’t like that God and the Devil weren’t exactly enemies, and that God was portrayed as a laid-back beer drinking dude himself. Regardless, it was at least an interesting (though sacrilegious) idea for a show.

Remember this high-octane show where geeks got to build robots that fought to the death? It was a pretty popular show during its time, and it gave robot-loving nerds something to aspire to. Sometimes the competitions were a little exciting, and other times, they were downright boring. I guess you had to have an understanding of the technology involved in making these robotic warriors, or maybe you just had to have an appetite for semi-destruction, to really enjoy this show.

This is perhaps one of the shallowest shows ever created. People stood on a stage, and three judges squabbled over how perfect or not-so-perfect that person was, picking them apart with a laser pen. I can’t even imagine the thought processes involved in someone who decided that appearing on this show in an attempt to be named America’s hottest person was a great life goal, nor do I want to. If appearing on a reality show can send you to hell, this is surely one of them. 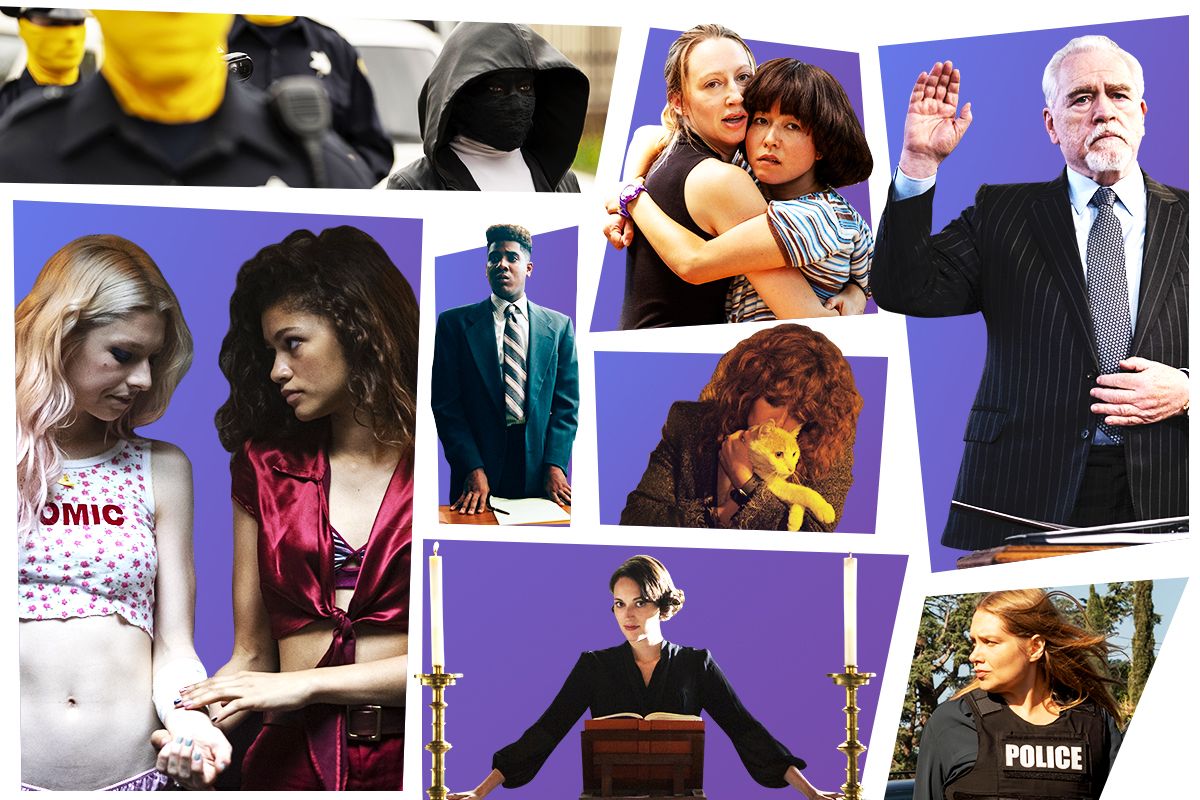 And here is another disgusting reality show from the era when they were just taking off. Despite being incredibly disgusting, this show, much like Jackass, became a huge hit for MTV (and it somehow got Tom Green the honor of dating Drew Barrymore for a short time. Gross!). Anyway, Tom performs stunts like sucking on a cow’s udder, harassing people on the street, torturing his best friend, playing with feces and dead animals, and ruining his parents lives. Tom is just another one of those great artists to come from Canada, and this show paved the way for the all gross-out geniuses that post their own disgusting stunts on YouTube.

I actually kind of liked this show, because Gary Busey was completely nuts. Adam de la Pena definitely had some cojones for hanging out with that guy. Busey tried to help Adam better his life, by offering him tidbits of wisdom like, “fear is the dark room where the Devil develops his negatives,” and telling him that the word “try” stands for “Tomorrow’s Really Yesterday.” He also took Adam on bizarre trips to teach him about living better, where they would visit medicine men and rough it in the desert to learn about survival or stick plugs in cow’s anuses to prevent global warming and cook roadkill using a grill Busey found in a dumpster to learn about not wasting things. I think the show was a little too bizarre towards the end, but the Busey-isms were great.

I don’t particularly like the idea of talking babies. There is just something very creepy about it to me, and since that’s what this show centered on, I never really watched it. Although the show only lasted a few episodes, Baby Bob returned to television via an ad campaign where he peddled Quiznos sub sandwiches.

Ah, the vanity of America. This show took these wretchedly ugly women (at least that’s what the show made them out to be), gave them impants and veneers, liposuction and personal trainers, pounds of makeup and hair extensions, and made them beauty queens. They then got to compete against one another for the title of “The Swan”, so the contestants’ feeling of finally being beautiful was short-lived when they weren’t named the winner. Women were critiqued and cut open; lives were changed; and husbands were left. I would have to say this show is definitely one of the most disturbing in reality show history (but it was hard not to watch!)

I’m sorry, but there’s just no way a musical drama was ever going to survive on American television, and the creators of this disaster were insane for thinking it ever could. This murder-mystery took place in Las Vegas, and its characters would spontaneously burst into song during points in the show, singing (more like butchering) classic hits like “Viva Las Vegas” or “Sympathy for the Devil”. It’s just a horrible premise, although it did garner a small cult following for all its cheesiness.

How many horrible dates shows are there? This one was very bad, in that the contestants were all on a date together, competing for the affection of one female or male. This leads to a lot of arguing and fighting, as well as steamy makeout sessions with multiple partners. This show paved the way for other multiple-partner love-fests like “The Bachelor”, “Next”, and “A Shot at Love with Tila Tequila”. I just can’t imagine being one of the bimbos/assholes who go on one of these terrible shows, but there are plenty of them out there who do, keeping the influx of dating (and now marriage) reality shows on the air year after year.

Talk Sex with Sue Johanson
I will surely miss Sue! Anytime I needed a late-night laugh, I would switch the station over to this show, where 78-year-old Sue would inform me of how great the latest sex toy is or take calls from viewers who want to know things like if it’s okay to put salsa in their vagina or tape their labia back with ducktape. From oral sex to anal sex, Sue would go into detail on the best positions, products to use, and ways to get your partner to do things that they probably don’t want to do. She was serious when it came to sex, but she also had a great sense of humor. For going places where no one else has gone before, we will all miss you, Sue!

Well, that’s at least a few of the strangest, most bizarre, difficult-to-watch, and entertaining shows that have been taken off of the air from the 90’s through today. I know there are many, many more, so what defunct shows do you remember, whether good, bad, or ugly?